I thought pretty hard about a headline for this story, but then the realization hit me that sometimes truth is stranger than fiction, and sometimes you just shouldn’t screw with a great headline.  And folks, this is an all-timer: 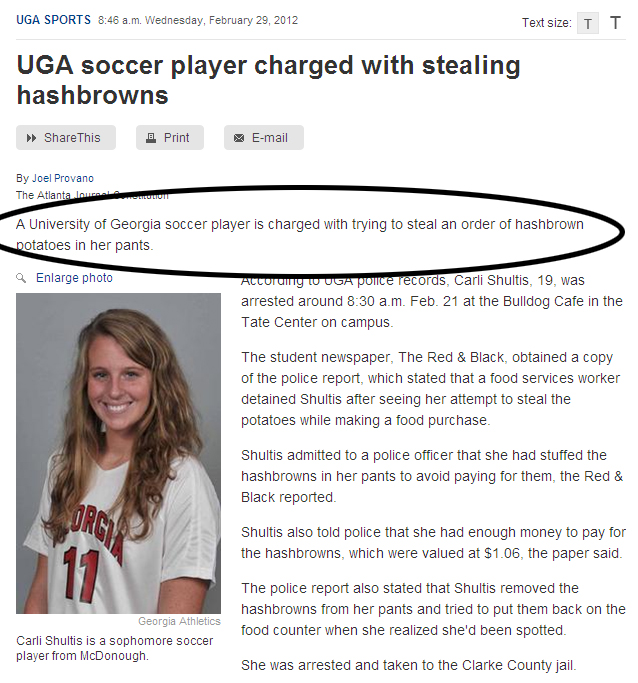 Now, this story raises so many questions about this situation and the poor, unfortunate co-ed who put hashbrowns down her pants.  Chief among them:

I’m sure Ms. Shultis is completely mortified by this whole situation and never wants to show her face in public again.  But in time she will realize this is a golden (no pun intended) opportunity to cash in.

Contact Jimmy Kimmel for a recurring “things you shouldn’t stick in your pants” segment on his show.

Come out with a t-shirt that says “Have you seen my hashbrowns?”  I’d buy one.

Heck, come out with a line of pants with a secret “hashbrown pocket”.

I’m available to be your agent Ms. Shultis, I think you could really scatter and smother this thing into a big payday.  I’ll only take 10%.

Or some free hashbrowns.

2 thoughts on ““UGA Player Put Hashbrowns in Her Pants””