When Darrin Horn came to South Carolina as head basketball coach, he brought a youthful energy to a stale program.  Exactly what you would expect a youthful coach to do, right?  To his credit he got the students involved, and was instrumental in the formation of the “Garnet Army” student section.  Decked out in garnet and black camo, the students who had the pleasure of getting seats close to the court created a true home atmosphere for the team.  Horn even gave lessons on how and when to cheer, and encouraged the crowd to yell “THREEEEE” when a player launched a shot from beyond the arc.  The Garnet Army received a lot of air time when the Gamecocks were televised, with perhaps the pinnacle of their fanhood was in a 2009 victory over #1-ranked Kentucky: 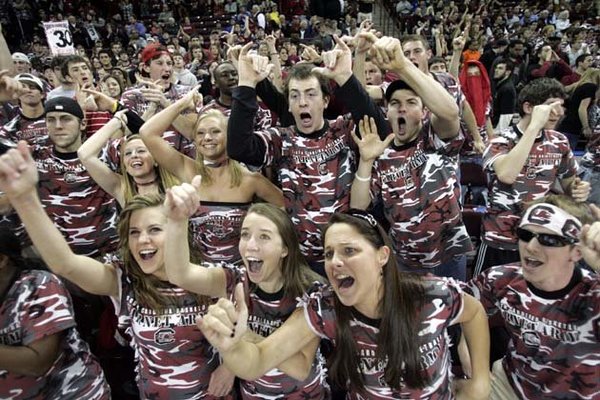 Gman has been to the majority of the basketball games this season, bless his tiny black little heart, and the first thing he always points out is how small the crowds have gotten.  Also pointing this out Saturday to his national audience on mocksession.com was Timothy Burke, also known as @bubbaprog on Twitter.  Here is the screen capture from the SEC broadcast, which he posted under the heading “SEC Basketball: CATCH THE FEVER”: 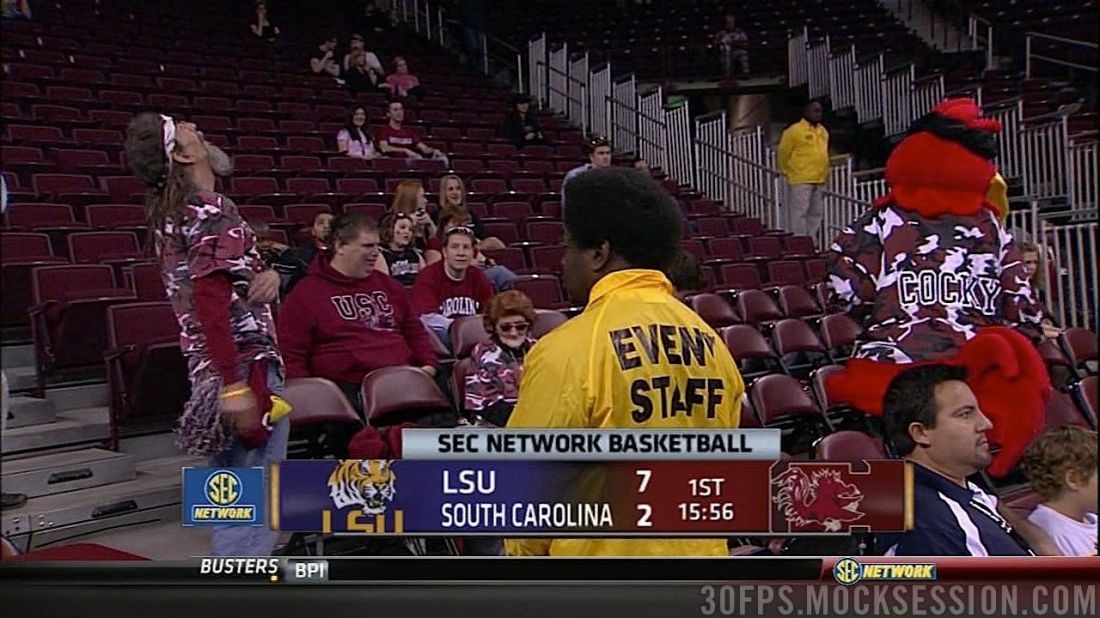 Now, I don’t expect our crowds to be as good for a late season game against average competition like Georgia or LSU as I expect it to be for best team in the country.  However, I would hope to see more seats filled than not, especially in the student section.  Is that unreasonable to ask?

Gman took a couple of shots from the games last week.  Against Georgia the “Garnet Army” looked more like a platoon (or maybe even a squad depending on how many people went to concessions at the same time): 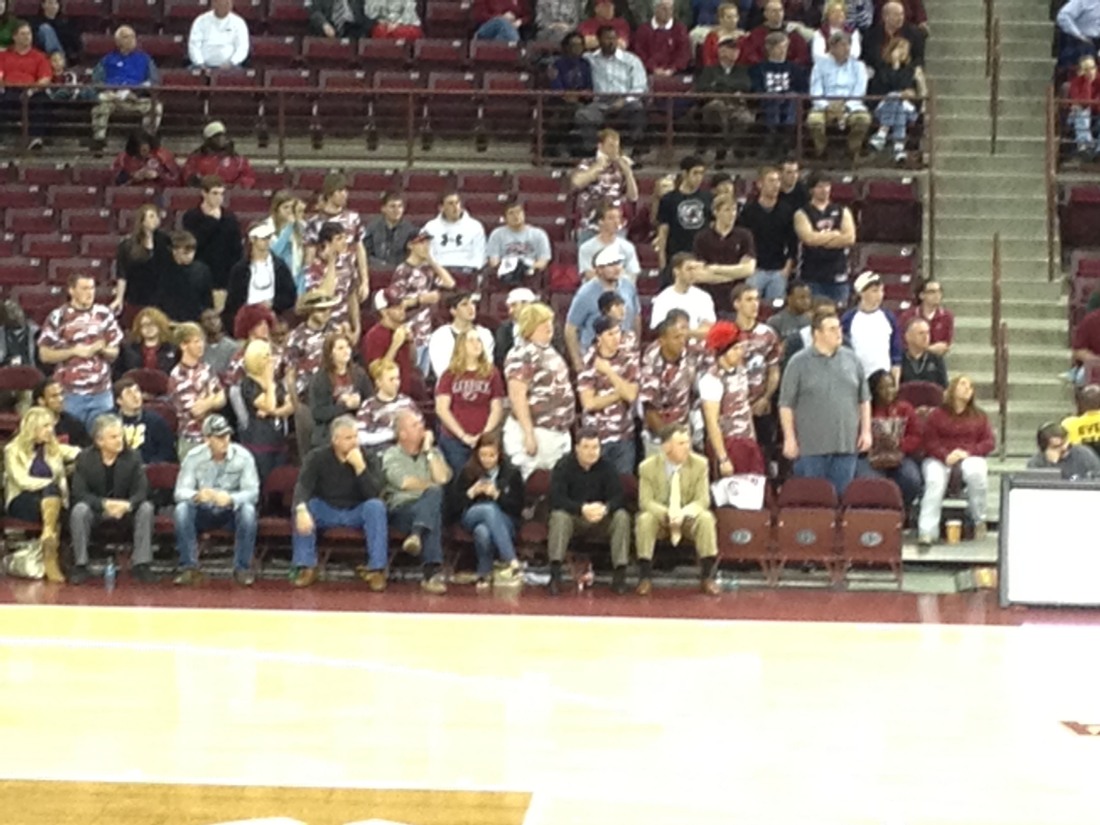 And then against LSU, when the student section was reduced to…that’s right…a Garnet Army of One: 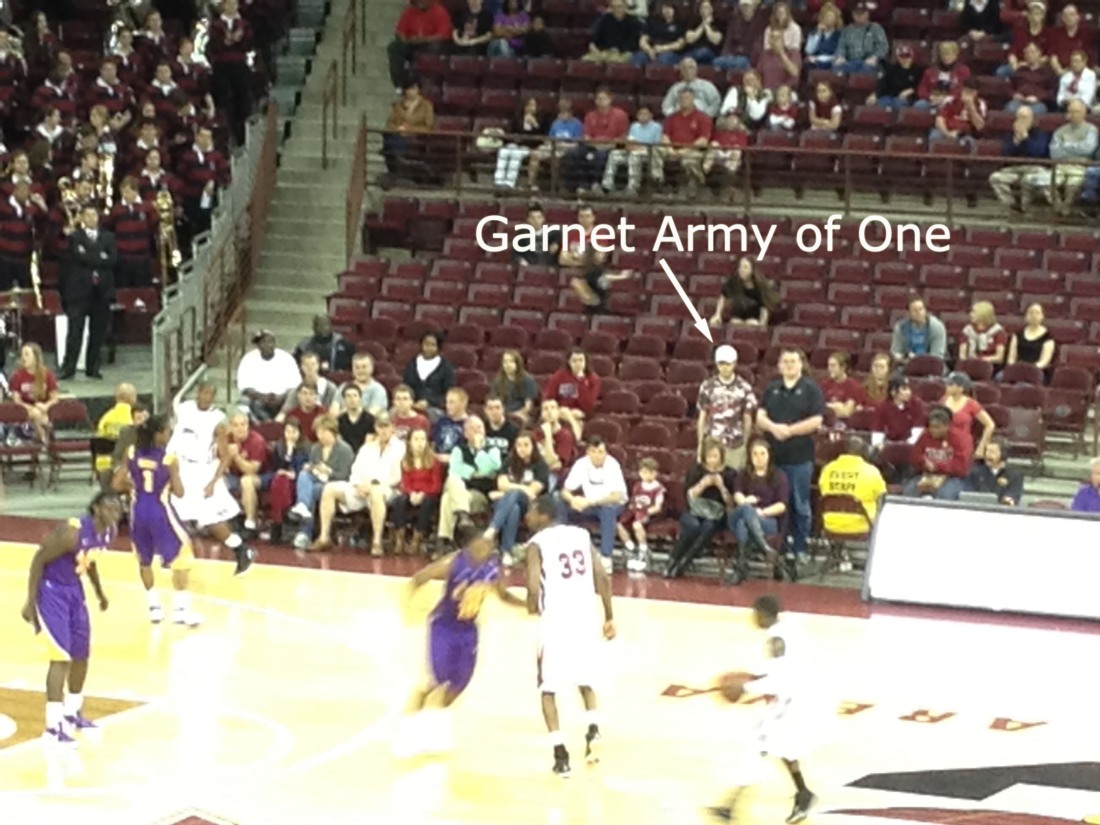